Sunflower County was formed 15 Feb 1844 from Bolivar County. It was named for the Sunflower River which flows through it. The initial county seat was established at McNutt and the county's original boundaries were defined as: 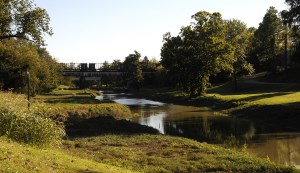 This long, narrow strip lies entirely within the geographic feature known as the Yazoo Delta. Later, when Leflore County was formed, a large section of the eastern portion was taken up by Leflore, and Sunflower's western and southern boundaries were extended at the expense of Washington and Bolivar counties. The new boundaries encompass approximately 703 square miles.

On 15 March 1871, when a large eastern area was taken to form part of Leflore county, the county seat had to be moved from McNutt, which now was part of Leflore County. A new town called Johnsonville, where Mound Bayou intersects the Sunflower River, was established as the new county seat. By popular vote of the people in 1882 the county seat again moved, this time to a point about 4 miles west of the Sunflower River on Indian Bayou. Initially the town was known as Eureka, but has since been established as Indianola.

Other prominent cities during the settlement of Sunflower County were: Moorhead, Baird, Woodburn, Ruleville, Drew, Inverness, Dockery, Rome, and Parchman.

It was reported that the Sunflower river is navigable for several months of the year by steamboats. Other waterways within the county are: Mound Bayou, Jones Bayou, Indian Bayou, Porter's Bayou, and Quiver River. In those days red and white oak, red and sweet gum, hickory, cottonwood, and cypress were more than abundant, making logging a primary industry.

In 1888, the Yazoo and Mississippi Valley railroad was selling land at 5 dollars an acre on long time terms. The opportunity brought many settlers, but like those in its sister county, Bolivar, they faced many adverse conditions. The land at the time was densely wooded, and what wasn't densely wooded was marsh, prone to frequent ravages of rising waters. Mosquitos were as abundant as the cane brakes, and "fever" was a constant threat. Still they came.

Sunflower County is a county located in the Mississippi Delta region of the U.S. state of Mississippi. As of 2012, the population was 28,431. Its largest city and county seat is Indianola. The Indianola Micropolitan Statistical Area includes all of Sunflower County. 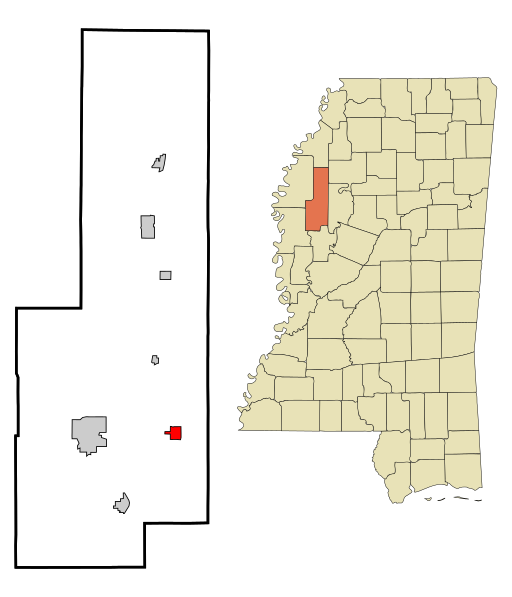